It’s fair to say I picked a bad time to dabble in satire.

It wasn’t always from strangers. I heard the same rubber-stamped slogans and sentiments drop from the unwitting lips of acquaintances I had previously thought intelligent and discriminating. Those et tu moments are silently tragic. It’s hard at such times not to imagine the average Jo(achim) Publik of 1930’s Germany and ponder. If people felt the same way about second-hand opinions as they feel about second-hand clothes, the world would be a different place. But they don’t, and it isn’t.

I had recently finished (and published) a triptych of short stories based on The Golden Bough, the humour of one of which set off the unremitting darkness of the other two. That exception had been written with almost no forethought or planning and had come easily, with laughter rather than grind. How nice it would be, I thought, if I could write something longer, a novella for instance, in the same way.

Enter stage far-right the epidemic of cretinism, for that is really how it seemed – an epidemic spread through TV and media, highly infectious, severely damaging to brain function, apparently incurable by any visible means. Surely there was mileage in this, a kind of B-movie zombie-type affair, a Dr. Strangelove for the information age. Bulgakov’s Heart of a Dog has always been a personal favourite, so I naturally thought of trying my hand at something of similar dimensions and in a similar spirit.

What could go wrong?

Quite a lot, as it turned out. In three words, I underestimated reality. Or perhaps I overestimated my ability to outrun it, which comes to the same thing.

I thought that with the basic storyline I’d given myself some breathing room. An aging and benignly eccentric children’s cartoonist instantly becomes a national hate figure after a broad-daylight killing by a perpetrator dressed as one of his characters, an aristocratic cucumber. The victim turns out to be a North Korean dissident and enemy of sinister dictator Boh Gi Mon, with whom the said cartoonist is, by the reasoning of the media and therefore the public mind, clearly in league.

The witch hunt of the main plotline commences, complete with effigy burnings in the towns and patrols by nationalist thugs in green wellies through the countryside, all with the aim of saving Britain from the Bogey peril and from foreign influences in general.

Then this happened, and suddenly it wasn’t quite so funny. 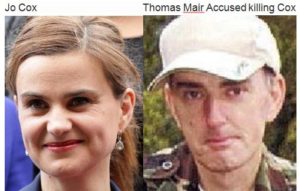 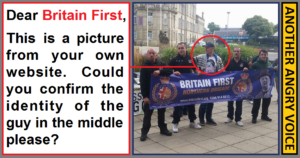 The story goes on to describe the workings of the cretin epidemic itself, a controlled social experiment whereby the public undergoes unconscious gene mutation by contaminated fast food to create receptivity to mass media mind control. At the bidding of tabloid headlines, the masses are reduced to a state of incoherent jingoistic paranoia and accept all manner of exploitation and warmongering, and cheer on their oppressors for saving them from a non-existent threat.

Then Murdoch & co. said ‘Let there be Brexit’, and that joke went stale too. 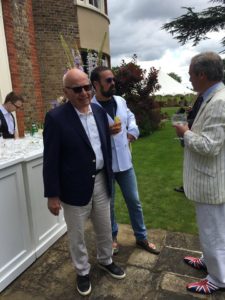 There at least remained along the way some incidental comedic value. The zombified victims roam the streets staring fixedly into mobile phones, sending messages to people walking beside them and seeing the world only through their camera apps. As one resistance member tells another, “Don’t look up at the sky or they’ll know you’re not one of them.” 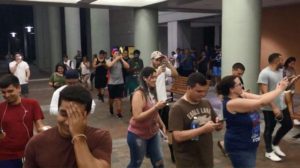 So there you have it: a year and more invested in a novel that I thought was farce but turned out to be realism, whose originality value has depreciated faster than the stocks of the South Sea Company. Just say no to satire. I’ve learned the hard way.

Is there such a thing as meta-satire? Maybe someone could write a novel about it.